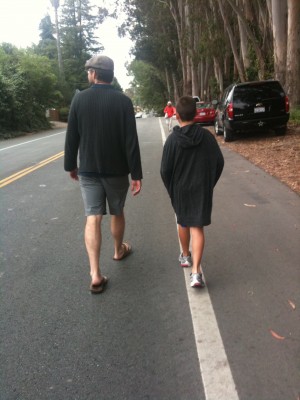 Older siblings are awesome. Initially, they lead by example. Then, they walk beside you. And in no time, they will simply arrange to meet up with you so you both can share the details of your adventures.

Arguing with the biometrics group is not how I wanted to spend my Tuesday. Actually, the struggle has been going on since last week. One simple table update, that’s all I need. But you’d think that I was asking for an entire report from the US census bureau. *sigh*

The head of the department has got a thing for closed doors. He calls you into his office for a “discussion,” then verbally takes you down.

On a day where every double check of the in-text tables and listings I am reviewing yields a different response, I am more than frustrated. I don’t have time to be “called out.”

What I wouldn’t give to be able to have a door to close so that I could better concentrate on my task-at-hand. If only his group would’ve generated said listings when asked, I wouldn’t need to do what I am doing. Instead, I’m being asked why I’ve repeatedly sent email after email documenting an issue in need of resolution (read: his group needs to correct the ONE listing they’ve provided.)

And on a day where I’ve been frazzled beyond frazzled, push-back (behind closed OR open doors) is NOT the desired response.

That was yesterday. Here’s hoping today will be different.