Last year, after breaking his humerus while riding his bicycle, YaYa was forced to hang up his helmet for a season. Now, he’s looking forward to his return to football. But his return to the sport has one issue yet to tackle. 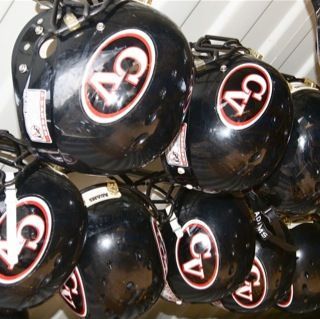 Pop Warner Football has a strict weight structure. Like most sports, there are age cutoffs which dictate what level a child will play in. Pop Warner also has provisions in place for kids who should “age up” but, due to being on the lighter side, safety is a concern. In YaYa’s case, a cutoff date for determining league age of July 31st works to his advantage as he will be turning 12 years old on August 21st but is considered an 11 year old for the season. Even with that, he remains on the cusp of qualifying to stay down due to his weight which teeters on the edge of each division.

While I don’t want him to diet, we are trying to encourage him to not indulge in too many sweets in these last few weeks before certification. This is something that I am finding surprisingly difficult as it means a change for all of us. Although I don’t have items such as soda in the house, they are ever-present when we go out…not to mention pancakes topped with whipped cream (served with syrup). Yeah, I didn’t make any friends when I put the brakes on that meal.

So while YaYa is watching what he eats (or as I watch), and adding a bit of running to his scheduled conditioning, I hope that you will say a prayer or two that he can drop to 85 pounds and hold steady until game #1. If he makes weight, he’ll be able to gain a pound per week from there. If he doesn’t, I’ll be force feeding him pancakes topped with whipped cream and syrup instead.