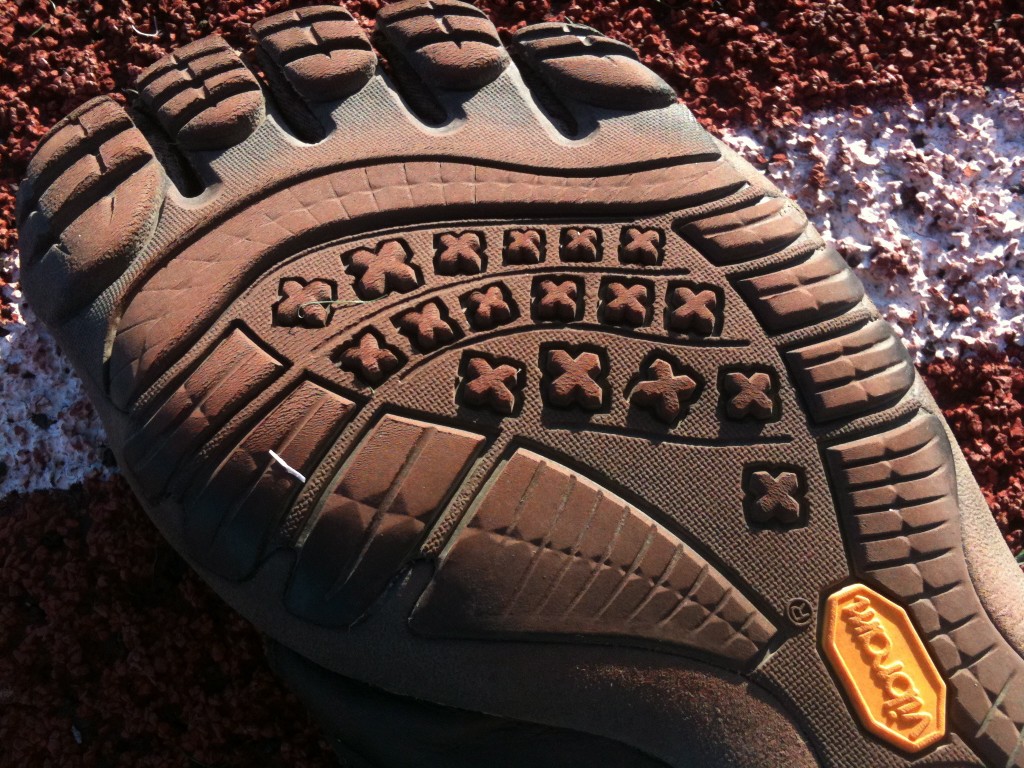 I’m batting 100%. To date, not a track workout has gone by where SOMEone hasn’t asked me about my Vibram Fivefingers: KSO Treks. Let’s face it…they ARE cool. Especially the way the bottoms pick up the red off of the track.

END_OF_DOCUMENT_TOKEN_TO_BE_REPLACED

Van Morrison did his best to calm my nerves this morning as I drove to work. Perhaps it was the car alarm that sounded for nearly 15 minutes at about 3:30 am. More likely, it was the propensity for disorder in my house this week.

After arriving downstairs to make my morning coffee, I discovered that all of the items I’d asked YaYa to pick up remained overnight. If that wasn’t enough, BoBo had since made his contributions to the clutter.

Call me crazy but it is my strong belief that bicycle helmets and basketballs have NO place inside the house. Likewise, shoes, socks, and sweatpants should NOT be left in the “trip zone.” And most definitely, dirty dishes should not remain on the coffee table over night – especially in the room where food is technically NOT allowed.

I told myself, “I’m tired, that’s all” and went back upstairs with my cup of coffee. I felt like Mother Bear when I noted the toilet seat was left up in MY bathroom. Grr! And SOMEONE had been sleeping in MY spot. In fact, he was still there.

I woke him up with a “GRR!” and made such a ruckus that the entire household woke with a start. But I think they heard me loud and clear: CLEAN UP YOUR MESSES BOYS!

Not only did I wake up on the wrong side of the bed so-to-speak but I arrived late for a meeting, got caught momentarily in the elevator, and was forced to hold off breakfast and urinating until the water was turned back on.

Fortunately, my day improved from there. It’s now almost time to go home. With any luck, I will come through the door to a clean house rather than feeling the urge to leave soon after getting home.