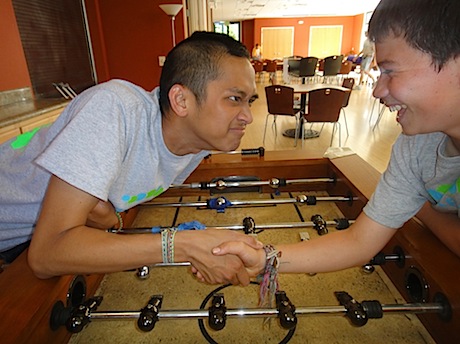 END_OF_DOCUMENT_TOKEN_TO_BE_REPLACED

Noun: A man in relation to his natural child or children. Verb: Be the father of: “he fathered three children”.

This is one definition of father. In my mind, and possibly yours too, a father is far more than simply providing a bit of DNA. It is the essence of fatherhood which I have been missing for more years than I can remember. This year, I mourn the loss of the father (though step) who was ever present in my life from the moment he joined our family until the very end. At the same time, I struggle with the emotions left behind of the one who lives nearby who could not be more distant and uninvolved.

It wasn’t always this way. The father I had growing up was the best father a little girl could ever dream of. He was warm and kind and everyone loved him. He taught me many things including how to ride a bike, catch a ball, be kind to others…and much more. But this seemingly perfect father of mine divorced my mother (and/or she him) and in the years that followed became more and more hardened and distant – as if the divorce was from his children as well.

Deep down, I want to believe that he’s simply stuck emotionally and that, although he loves us, he has lost his ability to express this love. Even when I have been able to convince myself this, it is still difficult. END_OF_DOCUMENT_TOKEN_TO_BE_REPLACED