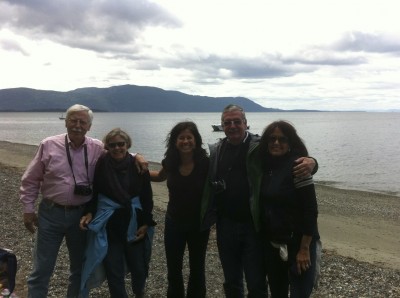 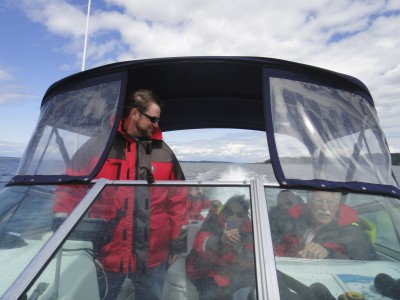 Apparently, the rules for whale watching have changed earlier this year. U.S. regulations now dictate that whale watching vessels “must not approach any killer whale within 200 yards [183 metres],” and that “vessels must stay out of the path of oncoming whales out to 400 yards [366 metres].” This relatively new rule meant that my desires for a closer look at the whales was prohibited as we were still in U.S. waters.

It also meant that I was not going to get a really good picture, IF I was lucky enough to time my camera click with the whale’s surfacing. I clicked away, unsure if there was any whale in any of my frames. I knew I wouldn’t know until after the photos were downloaded. At some point, I reminded myself that the trip was not about photographing the whales; it was about watching them. 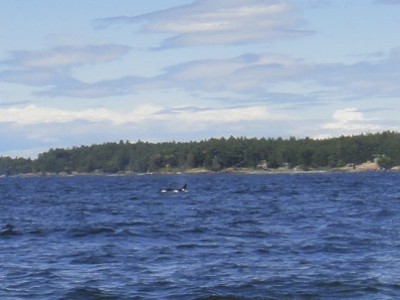 Note: I actually got several photos of the whales but this picture was the best of the lot. It has been cropped significantly so that you can actually see the whale.