Translation: A Very Happy Birthday with love from Pooh.

It’s hard to believe that it has been a full 3 years since I bid my husband farewell and toss him out to sea. That was on his would-be 50th Birthday so, today, he would have been 53 years old. Like with all the other milestones, I do my best to honor him while doing my best not to bring on sadness simply for sadness’ sake. The “feelings” tend to come regardless and, similar to the anniversary of his death, they have a tendency to peak before the milestone day rather than on the day itself.

For this, his 53rd Birthday, “feelings” of which I cannot exactly describe, began to hit both YaYa and me on the Birthday Eve. After he fell asleep in the car on the way home, I reclined my seat in the garage and checked out for a bit. It was actually 1 ½ hours before I finally got out of the car and that was only after a text message woke me up. Later that night, YaYa and I lit candles and quietly sang “Happy Birthday.” Then, I sipped on a glass of wine while YaYa curled up beside me in bed. The candles stayed lit until midnight when I was finally satisfied that they were being blown out ON his day rather than the night before. Like it really matters.

In the morning, I felt about the same only a little numb. I played some of his favorite music and reflected on the passing of time. It seemed a little odd to be mourning the loss even though I’ve made such huge strides in moving on. Realizing that it is what it is, I just went with it. 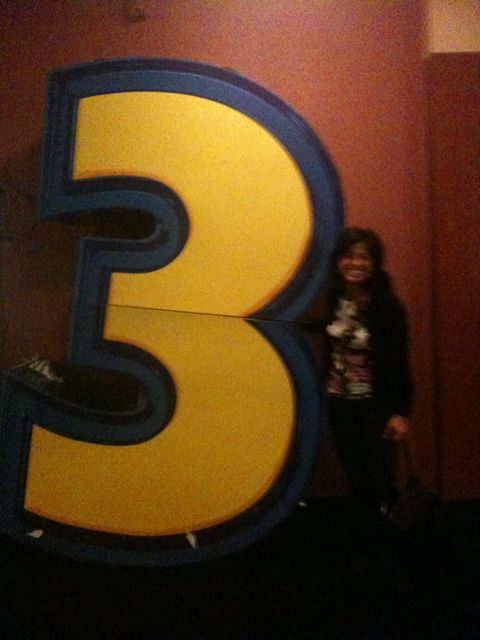 YaYa posted a simple tweet that said “Happy Birthday dad.” I wondered how BoBo was doing for most of the day. Then, in the afternoon, I got my answer. The post on his blog said it all. And even though, like his father, he didn’t want to be “fixed” I couldn’t help but want to comfort him and make it all better. Isn’t that what mom’s do? Instead, I searched for neutrality, sent some love via email, and held back the tears.

Well, I held back the tears long enough to get to my car, then I let myself cry all the way home.

After dinner, YaYa and I went out to see Toy Story 3 where I cried again. It’s hard not to think about your own children growing up while watching this movie. As Andy drove off to college, I couldn’t help but wonder if BoBo would have been (instead of entering the Air Force) had his dad not died — just for a minute. Then I wiped my tears, looked beside me, and hugged [some of] my nearest and dearest. It’s been 3 years and we are doing just fine. We ARE.

BoBo flies in on Tuesday.