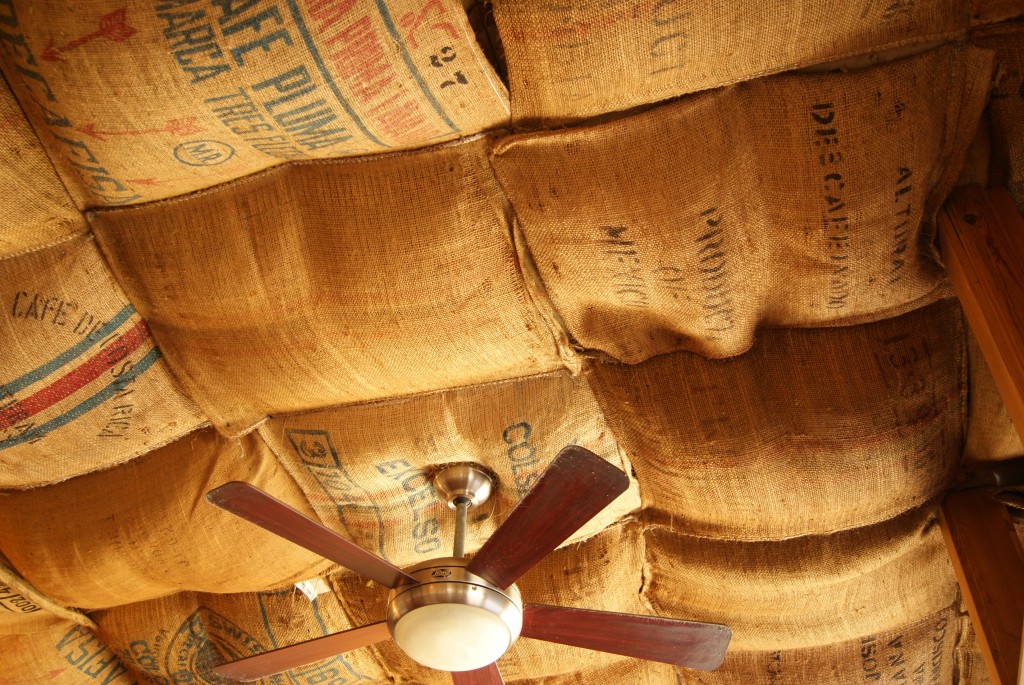 At a quaint little coffee house in the city, the ceiling is covered with these coffee bean bags. They serve the most delicious crepes — on which is so awesome I ordered once each week during my 1st pregnancy.

BoBo is home again. YaYa and I picked him up at SFO yesterday afternoon. It’s been fun to watch the dynamics change in the house. Immediately, the neighbor boys were on our doorstep pounding on the door. Moments later, YaYa and BoBo were sporting matching jerseys with a front yard football game following. Of course the matching jerseys in no way meant that the boys would be on the same team. The teams formed and, as if no time had passed, BoBo was knocking down his little brother once again.

A bit later, BoBo took Ronin out for a run and made the mistake of taking him off-lead for a game of chase. Ronin caught him alright. While BoBo was trying to keep Ronin from licking his wounds, I headed out for a run myself. Talk about nice.

At night, BoBo showed up in my room just as I was settling down for the night. He wanted to hang out. Although I was tired, I gave in and we watched something on TV. This morning, he was back in my room again — plopped on my bed. Although I know he wants to spend time with me, my dressing in the bathroom is not exactly togetherness so… I kicked him out.