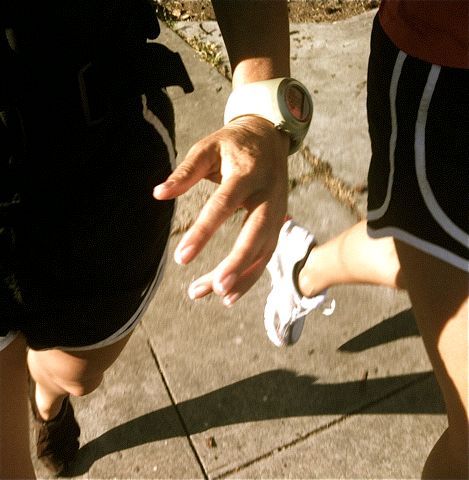 It’s been quite some time since I’ve gone out for a long, hard run. Instead, I’ve been sleeping in and heading out for shorter, fun runs. You know the ones. Where you hook up with a friend and run at conversation pace for however long you feel like (or have time for).

For the time being, I’m enjoying this free and easy running. I know that, in due time, I’ll be back to my serious marathon training.

On Sunday, I set out to play spectator to a road cycling event. Through narrow and winding roads I went, with the hopes of getting a few snapshots and offering a cheery smile & wave to a friend.

Seeing as I had no idea what I was doing nor where I was going, I found myself caught in the middle as the cyclist road the downward spiral of one these roads. It was the most narrow of them all. Did you know that cyclists can descend these hills faster than me in my little blue car? It’s true. I can only pull over so many times and actually get somewhere. Oh, and my blood pressure. Yeah. I was not pretty.

“This is wrong,” I mumbled, “This is fucking WRONG.”

But, with a death grip on my steering wheel and a cyclist on my bumper, my panic-stricken state exploded until I was on the verge-of-tears.

I cried, “I don’t belong here. I’m ruining their ride.”

But there was no escaping that narrow and winding road. I had to pull it together. Believe it or not, I actually wished I was a cyclist instead — which says a lot. I’m petrified of the descent on bike too.

Somehow, I got down the hill and enjoyed a nice stretch of wide road where there was plenty of room for all of us (cyclists and me). A short while later, I landed at a quaint little store/cafe near the ocean. Which is where my friend found ME. So much for me being supportive.

I took the long way home — where the roads are wide and straight, and I am the one getting annoyed by the slow cars.