This little one is a little character. The first 30 minutes together, she buried her face against her mother’s body. A bit later, she only hid behind her hands feigning shyness yet allowing me to snap a photo anyway. 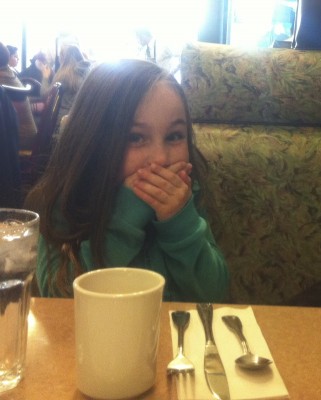 And when I sent the photo to her mom’s mobile phone, she really played along.

Yesterday was filled with many tear-filled moments. I was overwhelmed, sad, and discouraged.

I wrote:
“My apologies to those who have some sort of expectation for me during the holiday season. I’m doing the best I can but, honestly, the best-I-can isn’t much these days. Sorry. It is what it is.”

Today, I am slightly more optimistic. Although the overwhelmed feeling continues to persist, so too are those wonderful people who come forth with a hug or words of encouragement. I manage to get a few things accomplished, am the recipient of random acts of kindness, and later run across the following poem, a reminder of where the focus of my best-i-can should be…
END_OF_DOCUMENT_TOKEN_TO_BE_REPLACED 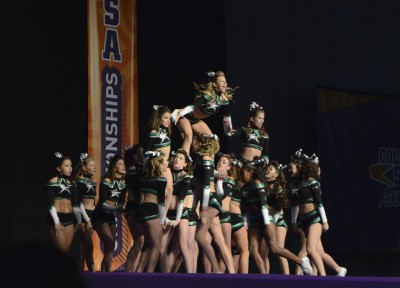 On Sunday I stopped in to watch my grand niece compete in a cheerleading competition. Talk about a different: glitter, glitz, and glamor galore.

The number of questions I posed was indicative of just how dissimilar my world of boys is from my niece’s world of only girls. She was especially amused when I asked why the bows, facing up towards the sky, were balanced like flying saucers on the heads of many of the girls. Apparently, they’re supposed to be pinned so that they face forward instead of up.

For some reason, the gal on top of this pyramid reminded me of Sharpay from High School Musical. It’s so unlike grand niece. She’s somewhere in the middle of tomboy and pretty girl. Unfortunately, I did not get a good picture of her on stage. The team pictured here was her team’s #1 competitor. As luck would have it, my niece’s team performance allowed them to run away with the trophy.