There’s something special about seeing the American flag waving in the sky. 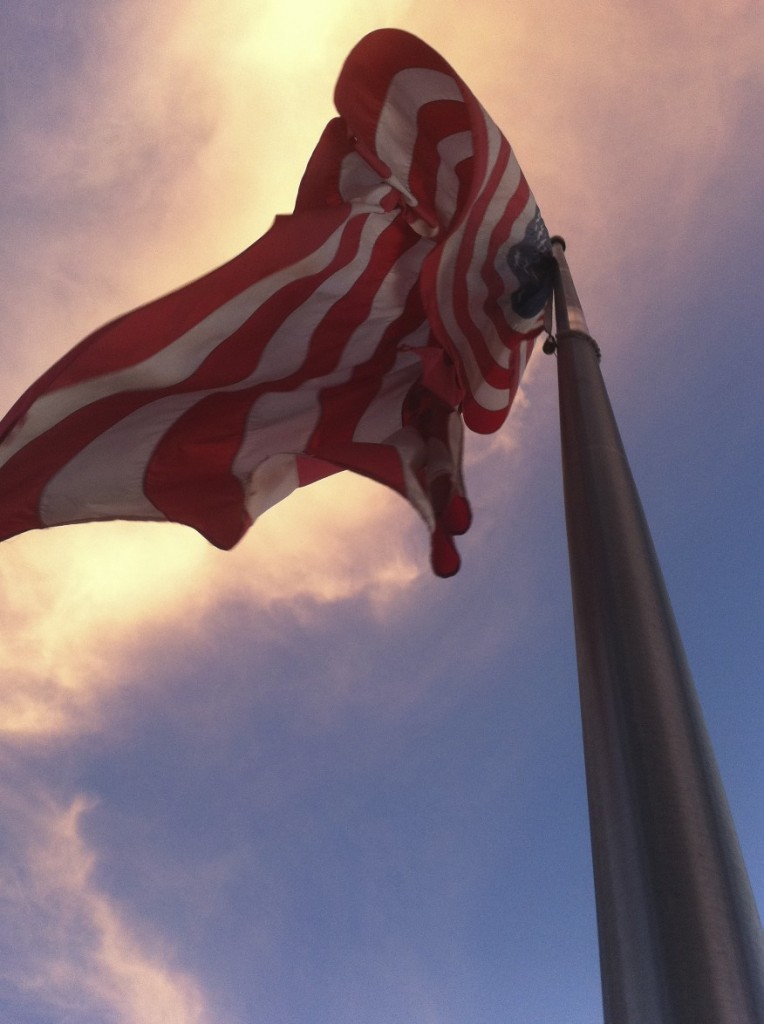 …especially, with such a beautiful sky as it’s back drop.

It’s not whether you win or lose, but how you play the game. — Unknown

YaYa’s football league stepped it up this year. Moving up to Division 1, has meant our boys have had to work harder than ever to take the wins. With fiercer teams as opponents, the boys have put in their share of blood, sweat, and (when no one is looking) possibly a few tears in practice and on the playing fields.

After today’s game, many of the boys walked off the field with defeat written all over their faces. A few of the parents had the same look. I wished I could change it for them. Not so much the outcome. It was what it was and they gave it a good hard fight right to the bitter end. They even scored in the final 5 seconds.

They all winners in my book, for they played well…in spite of a few questionable off-sides oversights. Okay, maybe more than a few. Honestly, even though I’m staring at the game, I don’t catch on to such things as off-sides and such. Every tackle looks like a personal foul to me — because, in life, people just shouldn’t be hitting each other. But that’s just football…and me.

There is one thing I do know. Those boys should hold their heads high and walk proudly, for they played well against another tough opponent. They may not have won the game, but they are still winners to me.