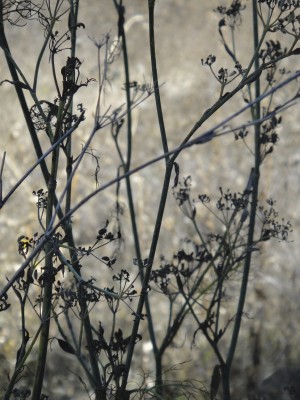 Funny but, when I took this picture, I was actually focused on a whole different thing — which my camera refused to focus on. And of all 21 pictures I snapped during yesterday’s run, this one is my favorite.

My plans to log my longish run fell through yesterday with all of the football activity. By the time a bit of free time opened up, I was exhausted from many hours of sitting in the blazing sun. Deciding the conditions were less than optimal, I put off my run until today.

When morning hit, I was feeling less than confident in my running plans. The half marathon is approaching rather quickly and I had yet to take my running onto pavement. Moreover, my mileage build has not been what it should be. The morning began slipping away as I found reason after reason to delay the inevitable: it was too cold, I was waiting for a text from Cindy regarding joining me, my blog posts needed to finalization…

By the time I finally laced up, every consideration on where to run and how far to go seemed all wrong. The truth is, I didn’t know what to do and that was not a good feeling. I was wrong, after so many years of marathon training, to be at a loss for how to proceed with training for a half marathon.

It’s not that I don’t remember all about the long run build up, fueling on the go, or any of that stuff. I know, in theory, what I should be doing. It’s the progression after so much time off, returning my feet to part-time wearing of running shoes, and ramping up without injury.

END_OF_DOCUMENT_TOKEN_TO_BE_REPLACED 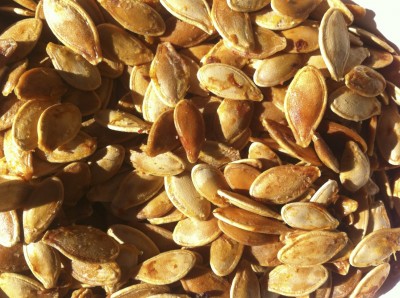 I used a wee too much butter on these. So much, in fact, that I had to dump them onto a paper towel midway through the baking process to soak off some of the butter before returning them to the oven.

My house smelled of hot butter through and through. I think I gain weight just breathing in the air.

Of course they are so delicious, you just can’t stop eating them.

The crowd cheers in celebration of one small victory. Whether it’s an intercept, another first down, or even a touchdown, there is no telling how this will play out. Each victory is only a stepping stone to which they hope will more laid down to pave the way towards the win.

In between plays hip-hop music stirs a different kind of movement. Football player break into dance on the sidelines — balancing playfulness amid the seriousness of playoffs. Some may frown at this but I find it refreshing. After all, they are just kids.

Meanwhile, YaYa and his teammates are in the locker room weighing in with the Pop Warner officials policing the process. With yet 1 1/2 hours until kickoff, they’ll warm up and do a final run through of a few their plain-vanilla plays. They’ll be careful not to reveal the “secret sauce” with the opponent so close at hand.

Since playoffs are single-elimination, it’s do-or-die today. I avoid biting my saids and say a few prayers — not for a win (God has better things to focus on) but for everyone’s safety.

I’m a softie. I let pumpkin carving come before homework. It’s Friday night, but the remainder of the weekend is frighteningly busy. We’ve got playoffs, a sleepover, and much more ahead of us. Still, when YaYa flashed me his sad lil’ pumpkin face, my heart skipped and my stubborn side softened. 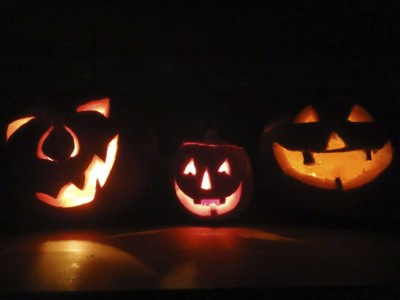 Honestly, the kid in me couldn’t wait to create my own Halloween jack-o-lantern. Besides, this is one family event that will be gone before I know it. My baby is growing up so quick.