We used to have a neighbor (Mrs. Across theStreet) who seemed to call the cops at every observed deviation from her ideal. We joked that the police would take their time when being called to our street as they were called there for every little thing. This included my son hitting the “pokie balls” at the nearby light post with his baseball bat.

I thought of her last night, as I was awakened by an unfamiliar car parked across from my house with its engine running and musical base rattling my windows and sending alarm through my every synapse. It was just shy of 2am and just over a week since my next door neighbor’s house was broken into. On top of that, the reports of break-ins, thefts, and the other have seemed to be in the rise in my emails from the not-so-helpful Nextdoor app. Although I was unable to identify the type of car loitering outside now, I did know that it was similar enough to the car seen leaving my neighbors house with the carload of hooligans.

As I stood there, I scanned the neighborhood for movement but saw nothing. I went downstairs and tried to get a better look. I checked all of the locks and turned on the porch light. Then I returned to my bedroom window to watch. I googled non-emergency police, called the number but, upon hearing a recording, hung up. I watched, and waiting, watched, and waited….and prayed they would just leave. But they didn’t. I finally returned to bed and tried to return to sleep. Of course, I couldn’t. With every sound, I bounded back out of bed and to the window, clutching my phone at the ready. Until just after 3am, the sound I heard was a car alarm. I couldn’t tell, but I think it was their car. The car doors were open and the two hooded guys put something in the trunk than got back inside. The alarm was still going and they were not moving. Scanning the area, there was nothing in sight out of the ordinary.

As much as I was afraid of being “that neighbor”, always falsely calling for help, I didn’t want to be the neighbor that ignored the strange car only to find out that someone nearby was getting robbed or worse. The cops came out, talked to the guys briefly, then drove away. I returned to bed but still couldn’t sleep. I got up and looked outside; the car was gone. About 20 minutes later, I heard the car alarming about 5 houses further down the street. Around 4am, I finally fell back to sleep. 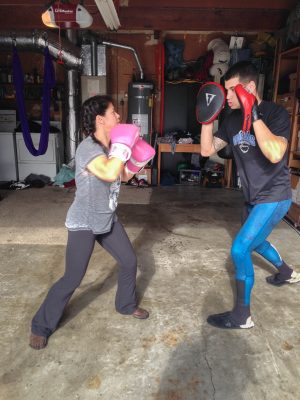 Tonight, YaYa’s high fever refused to succumb to acetaminophen or ibuprofen. Being the 5th day of fevers, both of us are beginning to wear down. Unfortunately, things seem to be getting worse rather than better.

Similar to when he was little, YaYa lost composure during the longest lasting of these fevers. Between hallucination and reality he cries out to me but is sent into panic when I come near. The thermometer, he says, feels like a “bunch of men are standing on his tongue.” He is scared and cries out that he doesn’t want to die.

We’ve been to the doctor earlier today. There is nothing that can be done at this point; we are left to wait it out and treat the symptoms as they come.

In as firm but gentle way as I can muster, I command YaYa to strip down to his underwear. Then I wipe him down with a cold wash cloth, and reassure him that he is not dying. A short while later, we sit on top of a blanketed couch: YaYa wearing nothing but his underwear and a thin sheet, while I am bundled up in my sweater and scarf. We watch reruns of The Andy Griffith Show for distraction… until he can find peace.

But when night hits, the fear of dying returns, this time, just as strong as it was in the 1st several months after his father’s death. It’s been 5 years now. I stroke my son’s head, scratch his back, and acknowledge the fear. As his fear of death settles down, I reflect on how different things are from where they were 5 short years ago. Back then, feeling overwhelmed and unequipped to deal with life, I sometimes wished that I had been the one to have died. Not often, but sometimes.

Today, however, afterI finding happiness and joy in my life once more, I am holding onto dear life. When I pray to God, I give thanks for my many blessings and pray that this beautiful life will be long and just as lovely as it is right now for I don’t want to die either.

He may have been just another face in the crowd of graduates, but not to me. The only problem was that I couldn’t pick him out — not with some 883 graduates. They all wore the same clothing, stood the same way, styled their hair the same. Even when he paraded right past me, I couldn’t see him. I cried in frustration. 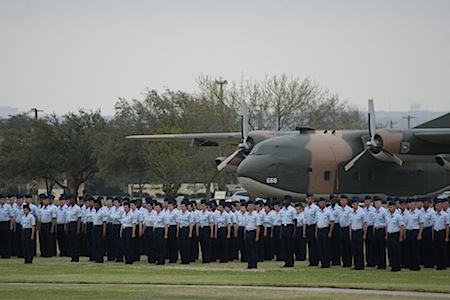