YaYa’s high school days ended with a freak accident in his weightlifting class. In the process of reaching a new max in the bench press, the attempted lift of 270 pounds came crashing down on him. To be exact, it came crashing down on his FACE. He had a spotter, however several small nuances the of the lift going wrong were not noted. From what I could gather from viewing the lift video, YaYa enlisted too much leg strength which ended up pushing the legs of the bench off the floor, thereby shifting the weight above his chest, and leading to the eventual loss of control of the weight. That’s just my theory and I am NOT a weightlifter.

Fortunately, YaYa emerged relatively okay from the event.  In the emergency room, I commented on how Someone up above must have been looking out for him. YaYa said, “Yeah. I think it was DAD.”

So today, as I sit in the front row of my youngest son’s graduation, I think about how lucky we are to have this day. When the choir sings the song “I Lived” by OneRepublic, I cannot help but let the tears flow down my cheeks. I fell in love with this song, four years earlier at the Monarch Madness Rally held by the Catholic School where YaYa began his high school education.

Tonight, as I sit at the commencement ceremony from the public school he ended up transferring to in his sophomore year, I am so grateful. Not only was YaYa able to find his way amid an entirely new school system, he proved that he can adapt to whatever environment he enters and make it his own. Not only that, he is now a part of not one but two amazing communities.

And that is just the beginning… 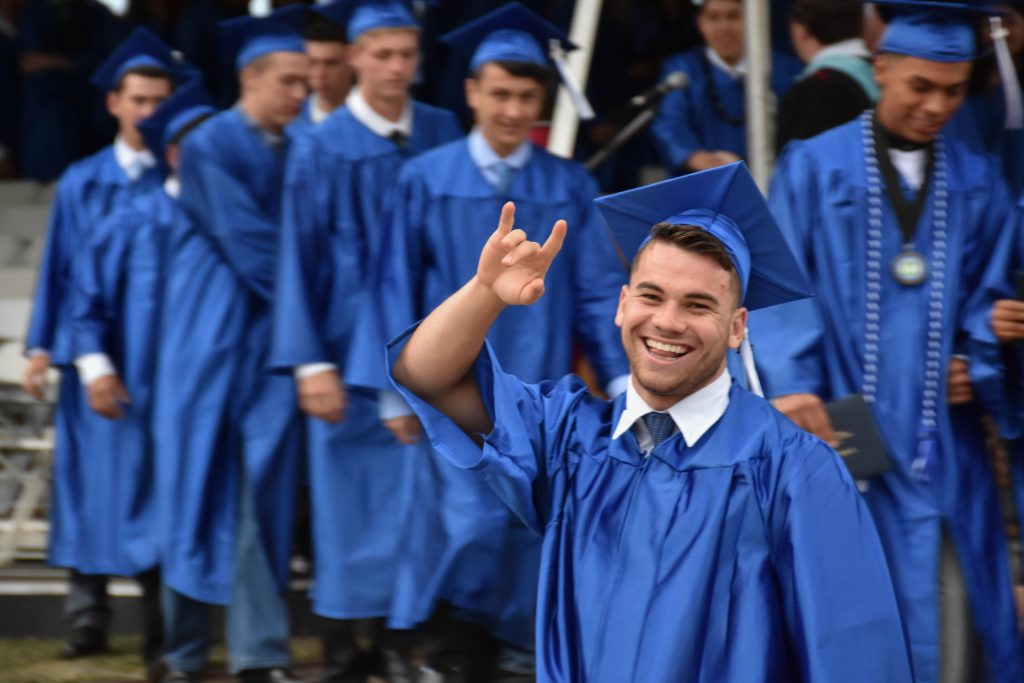 This smile says it all.

Hope when you take that jump
You don’t feel the fall
Hope when the water rises
You built a wall
Hope when the crowd screams out
It’s screaming your name
Hope if everybody runs
You choose to stay
Hope that you fall in love
And it hurts so bad
The only way you can know
You give it all you have
And I hope that you don’t suffer
But take the pain…
Hope when the moment comes
You’ll say
I…I did it all
I…I did it all
I owned every second that this world could give
I saw so many places
The things that I did
Yeah, with every broken bone
I swear I lived”
I Lived, OneRepublic