Each year, around this time, we remember those who have gone before us. For my family, the string of deaths began with my stepfather, followed by my brother-in-law’s little brother (3 months later), and then Tom (another 3 months later). There was a lot of pain and suffering, not just for the dead but for those left behind. It seemed like we went from hospital to funeral to hospital to funeral. After a while of this, you began wondering who would be next. And hoped it wouldn’t be you.

My brother-in-law first introduced us to Dia de los Muertos in 2007. At the time, I was extremely resistant to “celebrating” anything, most especially the death of my husband. However, I did join the gathering and actually allowed myself to enjoy the food, fun, and games.

Each year, since then, I reflect on the lives of those who have gone before me – for the beautiful memories, and the wisdom passed along. Although it’s not exactly a celebration, remembrance and prayers for the dead are shared.

Last night I fell asleepAnd saw you dancing in my dreamsJust like the autumn leavesHave fallen just for you, all for you. 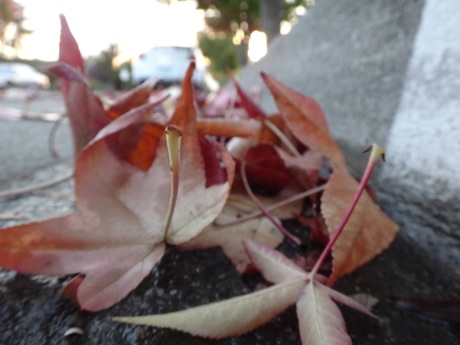 You changed my lifeYou changed my waysI don’t even recognize myself these daysIt must be a reflection of you, only you, ohI can’t remember feeling love like this in so longI can’t imagine living life without you by my side…

— All for You, Keith Urban