Today, after getting some upsetting news, I laced up my shoes and headed out for a run. I felt the tug to stay at my desk instead. But I ignored it. A few steps into it, I felt a different sort of tug. This one, muscular in nature, pulled at me to abandon my efforts. I ignored it too. The tug, that is. The reason for the tug, I acknowledged. Then I observed the tug melting away.

Dire Straits, The Bug began playing on myTunes. I listened and thought about the ups and downs of everyday life. Lately, it really does feel like a game. And sometimes I truly feel like I really am the ball. It’s trial and error. It’s give and take. It’s a challenge and, yes, it’s a joy too.

I think they call it life. 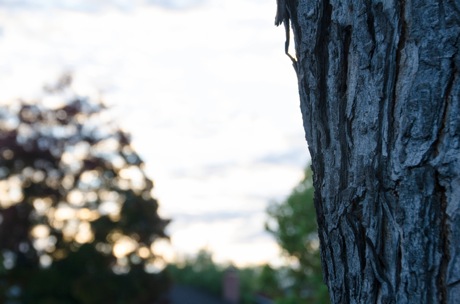 Resembling cotton balls, the clouds covered the dark sky when we first came out of our morning meditation. I sipped my coffee and watched the sunlight begin to emerge from behind. Although the clouds obscured the sunrise, the backlit clouds were delightful to observe them coming out.

I rushed outside with my camera, barefoot and in my PJs. The ground was bitterly cold for my California Girl feet. But I stayed with it, vowing that next time I’d remember to grab my slippers along with the camera.

Unfortunately, I could not seem to get the camera to capture the image set before me. After I snapped this picture, I move on to other parts of the scene.