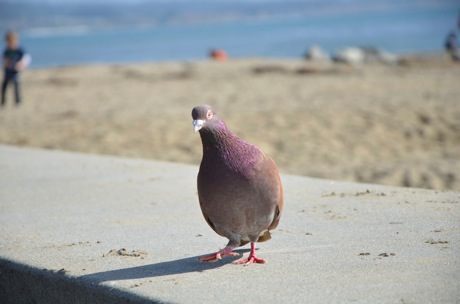 This morning, as I walk through the grocery store, I pass display after display of flower arrangements. It’s Valentine’s Day and Albertson’s is set to make a killing on the man, woman, and child who feels the tug to give their Valentine a special something. Or maybe it’s isn’t a “special” something but, rather, just something. I been hearing men and women groaning about the obligatory gift giving all week long. It’s pretty sad that it’s come to this. I feel the same way about this holiday as I do about Christmas; if you aren’t giving from the heart, why give at all?

Behind me in line, a young man rolls up with his basket of 3 large arrangements. I glance over in my not-so-subtle waddaya-got-there way. All 3 vases are exactly the same: a dozen red roses with a sprinkling of baby’s breath. The woman in front of me whispers, “Looks like he’s been busy.” I smile, thinking I don’t want to know. Anyway, things aren’t always as they seem.

How many of you remember what it was like to run as a child? Do you remember that feeling of complete and utter freedom? 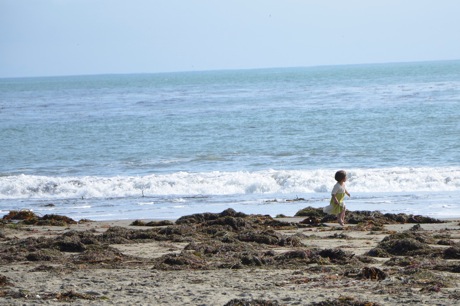 Watching this little girl on the beach made me think about that feeling. Just watch her as she makes the great escape – from her daddy. It sure brings back memories. He’s playfully chasing her: staying far enough away that she feels totally free, yet close enough to let her know that he won’t ever abandon her.

I can remember a similar thing with me and my dad – as if it was yesterday. Then, came the divorce, forever after leaving me wishing I’d never let go of his hand. 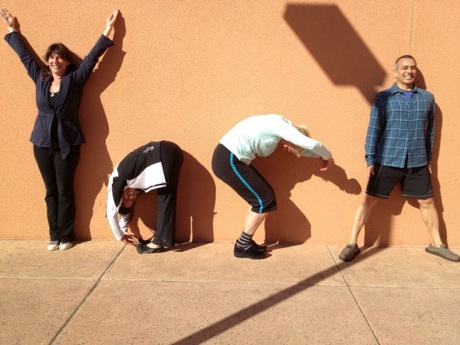 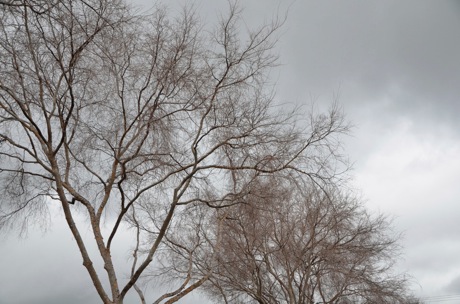 In spite of all the sad happenings of late, I’ve been seeing a brighter side of the world around me, trying to be thankful for what I *do* have rather than caught up in what I fear I *might* lose. 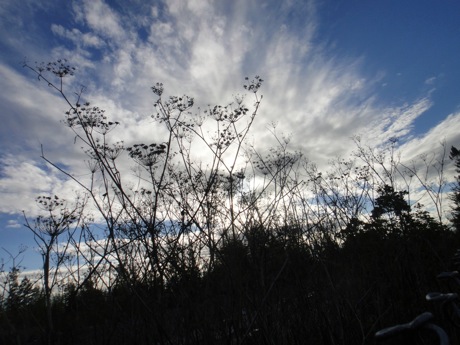 In doing so, it is easy to see that my life is filled with beauty. Just look at how these tall weeds reach up to the oddly cool sky.