Sometimes the voice inside your head is helpful. Other times, NOT.

Unfortunately the conversation with Myself during today’s 80 mile ride was not filled with the sort of messages that encourage one to forge on with any sort of enthusiasm. True or not, these words were words of demoralization. The effect was not good for my get-up-and-go but somehow I managed to talk over her (out loud) and forge onward at the best pace I could manage for today.

I’m not real proud of my lack of speed. I want so badly to be better than I am. I figure, with improvement, I’ll open doors to riding with other more experienced cyclists. But until then… 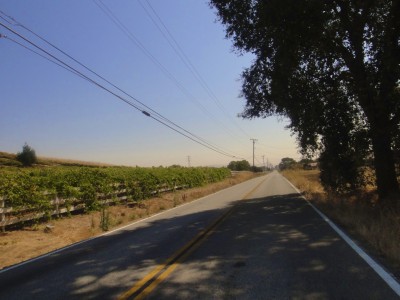 Yes, I was riding down the back roads talking out loud to myself in an effort to motivate some speed and ease the loneliness. All around me was nothing but beautiful country-like surroundings that are all too quickly becoming a thing of the past where I live… and probably, where you live too. sigh

After a while, though, the words that I would say would be contradicted by those of the more negative side of Myself. “This is taking WAY TOO LONG” she said (out loud). Naturally, this did nothing for my momentum. “My back hurts” I replied. “Fine” she murmurred, “then stop….AGAIN.” We were both annoyed and I could not wait to get away from her. I wished she would ride on ahead and leave me alone. But she didn’t.

At one point, she began questioning my doing the 100 mile ride I’ve been training for. With 50 miles logged, it wasn’t fatigue that caused me self-doubt. I started to agree with her but then pointed out a few facts. For one, my heart rate has been quite low by my standards. In addition, I actually felt pretty good, remarkably not fatigued, for 4+ hours on the road. And, believe it or not, it was not my speed, or lack there of — as the case may be — that had me also questioning my planned event. It was the stupid back pain that has forced me to stop for numerous stretch breaks in ALL my long rides. With all of my time in the saddle, and modifications, this has not stopped.

By the time I’d actually finished logging the 77 miles (I’m calling it 80), I’d stopped disputing the message of Myself’s complaining; I actually started believing her.. I think.

Instead of rejoicing, I felt ashamed of my performance and I was ready to dispute whatever anyone told me to the contrary.

As you know, this is no way to train. Especially not when it’s a 1st event of it’s kind for you. Still, I must admit that sometime ago I set an expectation that if I was really fit (like I’d like to think that I am), I’d be able to see noticable improvement in endurance, speed, AND how I felt during my rides. sigh I guess I was wrong.

The question is: How long does it take to get to where I want to be? How much time in the saddle do I need to log before I’ll be good enough for the more experienced riders will ride with me and not be kept from a good ride for themselves too?