When Tom was ill, the washing machine was always running. It seemed that I had let the dirty clothes pile up in the closets. I suppose, even before we knew we were dealing with cancer, I was over my head with the household chore and life balance. The family visitors managed to find every item of clothing and get it laundered. The assistance was huge.

But now, when I find myself awake at 2 am, I wish that I had something of Tom’s that still smelled like him instead of detergent. I cuddle with his bathrobe at night and get a little closer to comfort. It’s nothing like having the real thing – of course.

It is strange, but not really, that I am generally okay during the daytime. I keep busy doing what I feel like I should do. The day passes quickly and I feel success in checking off the things that I have accomplished in the day. It is in the evening, when Tom would finally be coming through the door for dinner, jokes, and some down time with the family that I feel the loss the most.

It all seems the same – BoBo does his homework as quickly as he can so that he can chat on the computer. YaYa can’t wait until he can run down the street to Brendan and little Connor’s house to play. It seems the same but it is NOT. 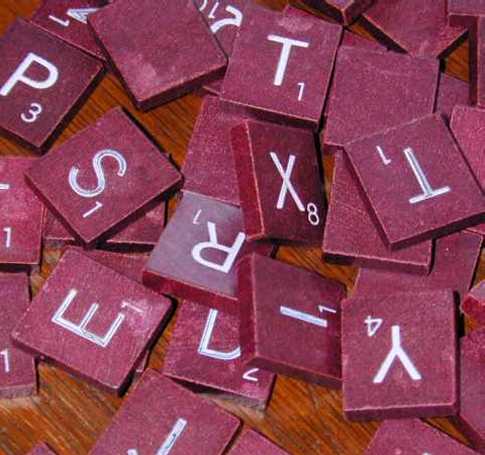 BoBo pushes our buttons with his usual teen stuff, only it is more charged, and if we react from one too many buttons being pushed, he angers. We are the jerks, and he is innocent. We ALL lost someone we love, not just him. Not just me.

YaYa has returned to school. His teacher says that he isn’t as quiet and is back to his old self. Like DD, YaYa is a good actor. I know that he is not as okay as he seems. He is so much like me. He worries about everyone else so he hides his own emotions to fix theirs. But I see past the performance and he lets down his guard a little. We talk of Tom being in heaven. “He’s playing games with David and his Mom and Dad,” YaYa reports. He’s probably right. “I bet they are having a huge game of Scrabble” I say. We both smile.

It is time to get out for a run. I can’t really say what is stopping me, but something has been. In the coolness of the morning, I think about how nice it would be to run again. I see the stack of papers. There are some that are awaiting the death certificate to be processed. It is the rest that I am chipping away at. Just one call, I tell myself, to the company on the east coast that I have missed three days in a row. But the one call leads to more and more.

I hadn’t showered yet today when Miss Christie called from YaYa’s school. I was just on my way upstairs to change for my run and planned to shower afterwards. I hate wasting water. It seems that YaYa has a few bug bites on his body that are bright red and swollen. He’s scratched them to obliteration. Miss Christie is just letting me know about them. I ask if YaYa wants to be picked up from school. He says, “yes.” I guess I should have run in the morning.

After YaYa is picked up, I shower and change into clean clothes. I even blow dry my hair. I feel a little by doing so. Then the phone rings. It is Tom’s friend Dan, from his childhood, whom I have finally located a phone number for on Tom’s computer documents. I hate blasting people with the bad news. There is just no easy way to say it.

I come to find out that Tom and him had emailed a month ago. Dan’s Father passed away 5 weeks ago. We talk a little more about how the older you get the more people you know are becoming ill and dying. I mumble, “It sucks getting old.” Dan agrees, and then opens up with his own newly discovered cancer. He’s been hurting a lot. I hurt just to hear him talking.

After the call with Dan, YaYa asks about who I was talking to. I tell him about Dan and how he just found out that he has cancer. YaYa thinks a moment and then says, “When Dan dies, Dad will have one more person to play games with.” I smile and then we drive to the airport to pick up DD.

I am relieved that he was able to come be with us again. We are becoming closer to eachother from this experience. Today, I see more of DD’s pain. It isn’t as burried as it was last week. As much as DD’s presence brings YaYa, BoBo and I comfort, I think we do the same for him as well. It’s good to have eachother to lean on…especially when there isn’t any scent left of Tom to be sniffed.