Confirmation that the morning commute has gone to the dogs… 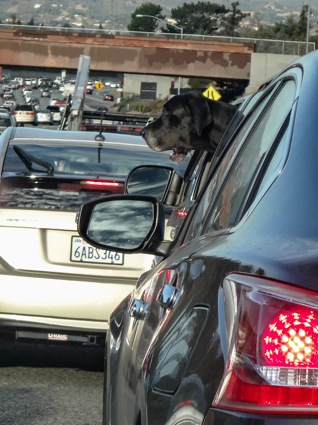 Things have warmed up considerably in my neck of the woods. Like the sun loving goddess I am, I’m soaking it up with a lot of time outdoors. Oh, I’m also drinking plenty of water.

Yesterday, having ridden my bike to work again, I was “forced” to ride home in 90+ degree weather. Oh yeah, twist my arm. Not only did I take the long way home but I took on a few extra miles and hills just for fun. I had to; they’ve been taunting me for days. “Come on, Julie. Make the long way home just a bit longer. Come on.”

So I go for it. I turn right right, stop at the side of the road to text my altered route to a friend, and go for it. In no time, my heart is pumping faster than ever, my legs are screaming, I’m huffing and puffing and feeling worse for the wear. And the sun blazes down on me. It’s awesome!

By the time I roll into the driveway, I’ve logged 31 miles for the day (20 of it coming home). I’m completely spent but mildly invigorated. I plop myself down in a chair our front and enjoy the moment. 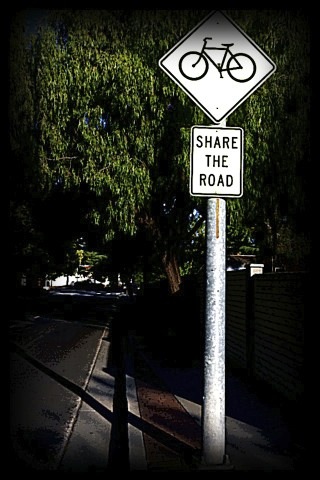