YaYa took a hit wrong during a football game two weeks ago and suffered a mild concussion. Fortunately, his symptoms were pretty mild and short lived.

The experience brought back memories of my treadmill mishap of 2008. A lot has changed in the past 5 years. I was glad to see that well established standards for have been set for clear guidelines for “brain rest”, including school work, TV, and video gaming, as well as physical recovery. Along with assessing symptoms, standardized testing protocols now exist which evaluate cognitive functioning with progressively more physical and cognitively challenging demands are put on the recovering consusee.

It’s no secret that participation in the sport has an increased risk for head injuries. NPR recently did a feature on the subject matter as it relates to professional football players. I didn’t hear it, but theMAN told me about it after YaYa’s injury. While I don’t intend to pull him from the sport, the information is good to keep in our awareness. The sport has plenty of other risks as well…as does BoBo’s being stationed in Afghanistan. (This is all I’m going to say on that.)

In contrast to theMAN’s words of caution are the words received from another player’s mom who repeatedly asked how he was doing and finally just came out and advised me to email the coach demanding that he be allowed to play. That was a week ago. Needless to say, I was aghast at the suggestion. Then again, I suppose I could have heard her wrong (although unlikely). 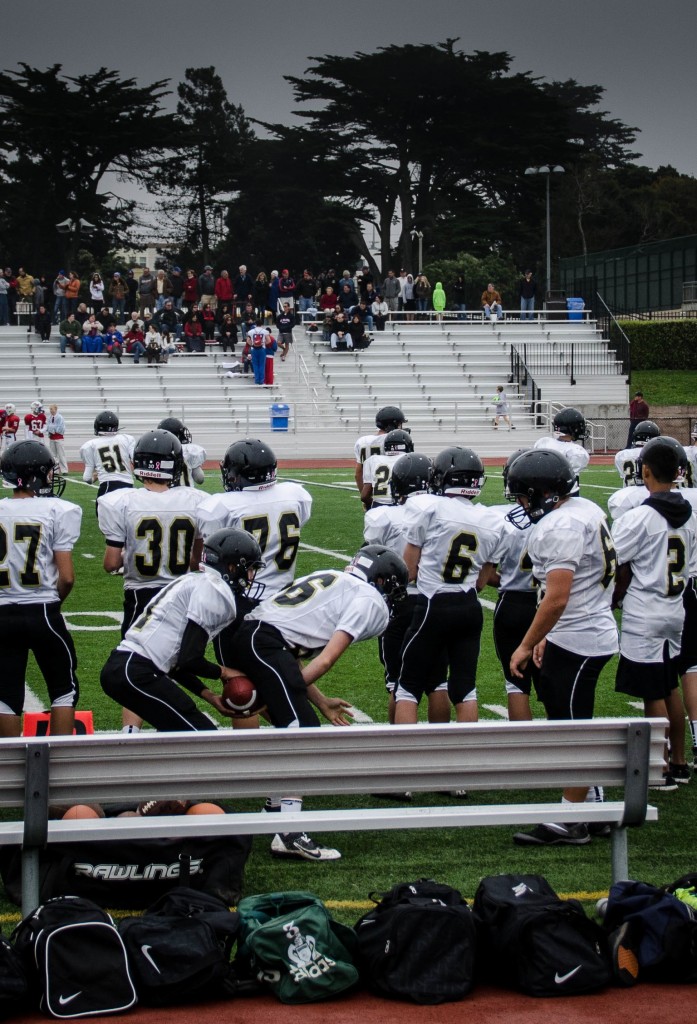 Yesterday, he suited up again for the first time. When I saw him practicing snaps on the sidelines, my heart leapt. Both nervous and excited, I made the sign of the cross and grabbed my camera.

As it turned out, the coaches decided it was better to let him have a full week of contact before sending him out. I feel so blessed to have such awesome coaches who put our kids health in front of the win. That’s how it should be everywhere!

Anyhow, YaYa’s return-to-play will be next Saturday for his school’s big rival. I’m bummed that I am going to miss the next two games for the last of my teacher training before testing.  Not only do I want to be there to see him play, but I also want to be there to know that he made it off the field okay as well. I love this young man so much.