YaYa has been sick for nearly 4 weeks now. I don’t mean a few sniffling, sneezes, stuffy head, fever, unable to rest sick. I mean full on harsh coughing, head pounding, antibiotics, cough medicine, and cough drop taking madness — during ALL hours of the day and night!

He has been laying low (sort of). Apparently, not low enough.

During the wee hours of the night, the coughing rose to a new level: a wake the dead sort of level. 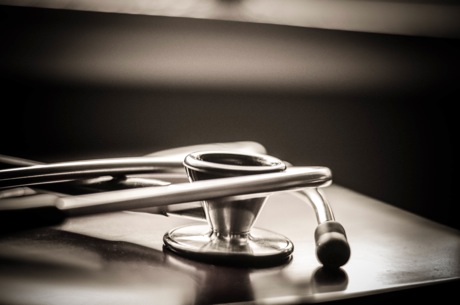 So I dug out my old stethoscope to get a good listen at what was going on. Sure enough, rattles throughout with diminished aeration to the lower lobes bilaterally. We were off to the doctor in no time. Now, he has a couple new meds and I have permission to beat on him regularly. If I don’t beat the snot out of him, I’ll at least beat enough sense in him to stop going outside barefoot and shirtless.