Well, I did it! I finished the race, and the race finished me. 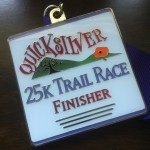 After last weekend’s 17+ mile run, I felt confident enough that I could at least cover the distance. I knew that the steep up and downhill segments of the Quicksilver course would kick my butt, but I was expecting that all along. Having run the race three other times, I toed the line knowing that the technical aspects of the course might also be an issue given that I am only running in Vibram fivefingers. I was nervous.

All along, I’d referred to the race as a “run” rather than a “race.” I guess I felt that somehow this would lessen the pressure of toeing the line. The sleepless hours of my early morning confirmed that my approach had not worked. I got up in an aura of dread. Not exactly how you want to approach your big event.

As I drove to the start, I tried lightening up a bit. I thought about what I would tell my running friends if they had shared feeling this way. Most certainly, I’d tell them that this feeling is somewhat normal. I’d tell them that it’s there for a reason, to make sure that they approached the race with an appropriate amount of respect for all of the time and effort they had put into training for it. Very likely, I’d laugh at them and try to get them to laugh at themselves in turn.

But I was not feeling at all amused. Instead, I was remembering the value of practice racing. Having only my A-race on my calendar, and nothing else, makes handling these pre-race nerves a little too challenging. 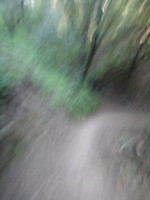 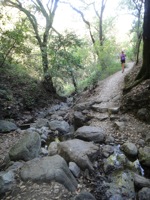 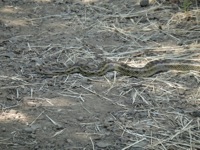 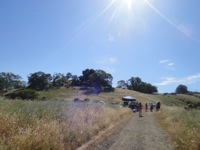 Fortunately, the crowd at these trail runs is really down to earth. In no time, I was back to my social butterfly self, putting one foot in front of the other and making the best of it. My new friends were a mix of folks doing this trail race as a stand alone race along with many who were using it as a stepping stone to bigger goals. Yes, my A-race was just a training run (or practice-race) for these runners. None of that mattered, however. I soon took on a bigger picture view that, no matter what the reason for being there, we were all there to run the 16 mile course and emerge relatively unharmed. 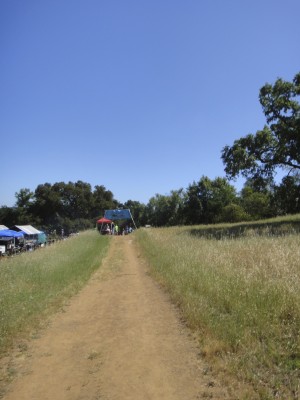 A few miles into it, I began to find my groove. I smiled inside and out as I enjoyed the thrill of running through shaded fern gullies, jump over tree roots and a snake, cross small streams on rock and bridges, and travel the ups and downs of the course. I assessed the difficulty of each ascent or descent, determined the approach (be it run or walk), and went for it. And even when I rolled my ankle in a grass-covered pothole or tripped over a rock, I held tight to my newly-discovered running mojo.

I kept on going, chatting, and smiling when the going got tough. I kept on going. And although the race definitely left me feeling completely finished about a mile before I reached the finish line, I kept putting one foot in front of the other until I arrived back where it all started. 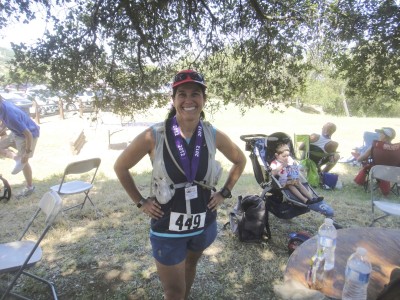