We got creamed. 46:30… or worse. I stopped looking. YaYa went in late in the 1st half, made a few errors, and got pulled. Having not had the opportunity to see any other games this year, I had no idea if this bench worming was routine or not.

I tried not to show how disappointed I was that he wasn’t playing. Honestly, I could care less if other parents saw my disappointment. I just didn’t want YaYa to see it.

Please know, it’s not that I think my son is Mr Sports Star; it’s just that he puts so much effort into it. 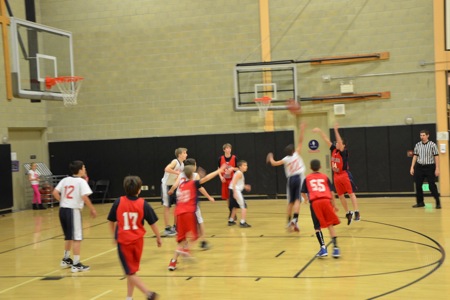 Well, YaYa didn’t step foot on the court until things were well past unrecoverable. He pushed hard and did his best. He even got a chance to shoot. And although his shot didn’t quite make it in, it did circle the rim.

After the game, YaYa reflected on the game. He admitted that he’d made some mistakes and realized that he was pulled out because of it. He said that it was just an off day but that he’d do better next time. I’m so proud of him.