Perhaps you remember me mention an old childhood illness in previous posts. This illness was some sort of autoimmune response which lead to the neuron sheaths in my spine demylinating. The end result was a loss of feeling from my ribs down to my toes. It lasted for 6 days and, when the feeling had returned, I was referred to physical therapy for rehabilitation. I walked with crutches — for stabilization only – until I could regain my sense of balance and strength in my legs. Once the event was recovered, I was left with a very slight residual neuropathy that manifested in not being ticklish on my right foot and, only noticeable to myself and my gymnastics coach, slightly less control of the big toe in the same foot.

Over the years, I noted a tendency to catch that same toe on the ground when walking or running. This, I attributed after several occurrences, to the residual defect resulting from my illness. But now that I have been taking yoga classes, I am noticing that the lack of control (or awareness) encompasses more than just the big toe. For whatever reason, my right leg is far weaker than the left and clearly leaves much of the work to the often-injured left leg. I have significant difficulty holding the balance poses on my right but am able to hold them fine on my left. This is true even now, when my left calf is wreaking havoc on my training plans.

So the saying, “The victim screams while the culprit is silent.

END_OF_DOCUMENT_TOKEN_TO_BE_REPLACED

I have not forgotten the Boston Marathon. I know that it is a short 6 weeks away, and that I have much work to prepare for this race. Then, there is the Big Sur International Marathon a short 13 days later. 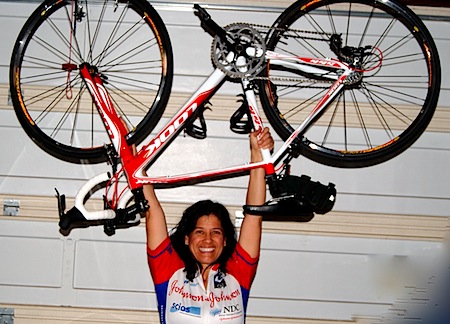 Apparently, there is a world out there other than running. Who knew?

By the way…she still needs a name.

Yesterday’s long run was full of lessons learned — either by means of exploration/self-discovery or from letting others dictate your path (so to speak). It’s all good. These are multi-faceted life lessons which transcend the world of running and apply to the many areas of my life. They remind me that only I know my path and, unless I speak up, others will not know they are taking me off course.

I knew going past a certain point on the trail was too far and, therefore, too risky. My running legs are still very tenuous and finicky and I need to be careful not to over due it. But I got caught up in the excitement of a fabulous running adventure. Instead of turning back earlier and saving the undiscovered for future runs, I agreed to run just a bit further on. And all was well for a long while until suddenly it wasn’t. That was 6 miles out from where the car was parked. Fortunately, it was a beautiful day for a long walk.

Today, I’m taking it easy. A morning yoga class helps to stretch the areas that need stretching and strengthen those that need strengthening. And in the process, my spirit gets a nice “hello” too.

I’m running late this morning. Not for any other reason but my own. Well, that and the return of my fight with melancholy.

I’ve been aware of this feeling for about a week now. But other things took precedence and I now have no other big issues to distract me. My calf pain doesn’t count as a distraction; it simply keeps me from being able to run away.

Ever so subtle, the sadness and feeling of unworthiness ties me to my bed, and then to the shower, and back to my bed. The thoughts that run through my head, though rooted in the past, are ones of present. They are lies but they consume me.

I pray that I will not be left alone with my thoughts anymore. 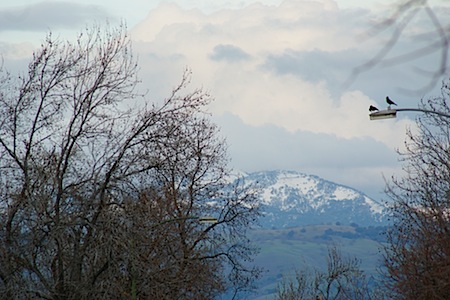 There’s talk around these parts that the snow up there on these hills might soon be falling as low as sea level.