With three gates in operation, the Lincoln airport is by far the smallest airport I’ve ever been to. With this old aro-sport airplane hanging from the ceiling, this airport has A LOT of character. 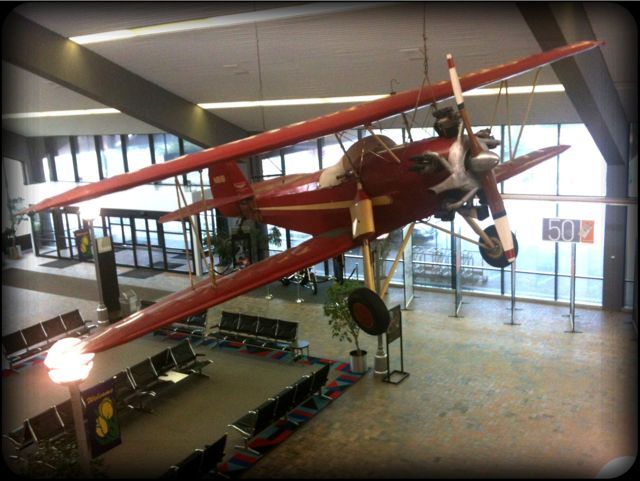 In contrast, Chicago O’Hare is HUGE with it’s seemingly endless number of terminals. I has to ask for directions to get from where my 1st flight dropped me to where my 2nd flight would take off. Actually, I asked twice.

Although large in size, O’Hare Airport has a personality of its own. This replica of the Lincoln Memorial was kind of cool to see. 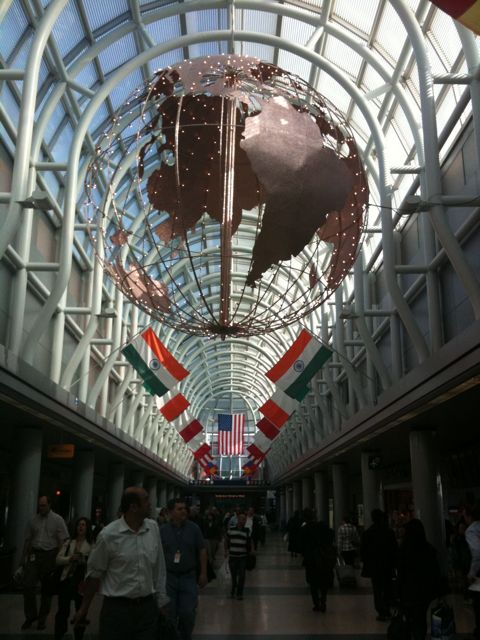 As was this cool globe displayed with flags from around the world on a backdrop of the US flag The row of clocks showing the current time all over the world was neat too.

One thing that really brought a smile to my face was none other that McDonalds. Talk about rolling out the welcome mat. *giggle*