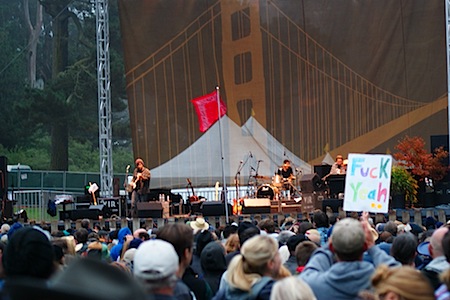 I took many pictures during this two day event but the sign in this picture absolutely says it all. There were so many great performers at the 10th Anniversary Hardly Strictly Bluegrass Festival that it was really difficult to choose who to see an any given moment.

We got to see the following: