There’s just something special about the flowering of my Christmas Cactus (aka schlumbergera). 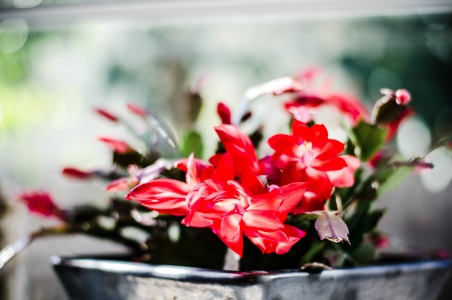 In many ways, it reminds me of my grandma, who was not particularly fond of me (or anyone but Big Sis). One day, however, her random act of kindness brought a smile to my face which returned each winter for many years to come. Grandma G. gave me a few clippings from her most beautiful Christmas Cactus and shared the secrets to keeping it alive — which were not all that complicated.

Although that cactus is long gone, as is Grandma G, I cannot look at a another flowering Christmas Cactus without thinking about this beautiful memory and gift which she gave to me. In some small way this, random act, was her way of saying, “I love you too.” Sort of an I love you in disguise.

END_OF_DOCUMENT_TOKEN_TO_BE_REPLACED 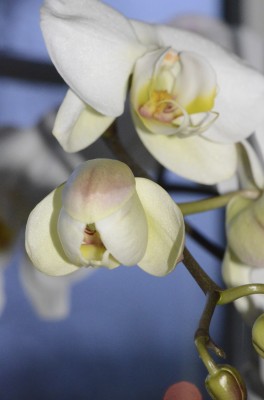 Lately, I’ve been working on a new kind of photography project. This project, in it’s initial stages was as unassuming as a small bud.

However, as time passed, the project swelled into a bigger than life blossom from which one’s attention cannot be pulled from.

Hours were spent hovering over plant, camera, and anyone who dared to enter the room where Mother Orchid was birthing her young. I worried about batteries dying, if the intervals I had set where often enough, whether I had the correct aperture settings, and if the flash would kick in when needed.

In the end, I think it was all worth the effort — even if I had to do it two times to get it right.

See for yourself and let me know if you like how it turned out.