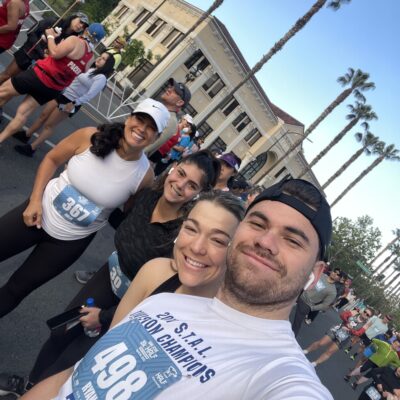 Two days ago, I toe’d the line for the first running event in 12 years. Although I have done several OCR races, the courses were so technical and challenging that there was not a lot of running involved — especially once I teamed up to support my brother earn his trifecta. Although, during the height of the pandemic, I ran a couple virtual running races (5k and 10k), nothing required the same amount of preparation as this half marathon race.

My training was pretty consistent, although I often caught myself judging it otherwise. I stuck to the training plan mileage, and resorted to hiking when my body would not allow me to run comfortably. By the taper time, it was clear that I would not be even close to keeping up with my 23 year old son, Ryan (aka YaYa). If I am being honest, the clear separation in abilities took a lot of pressure off of me. I could now run my own race and see if I could finally find my long-lost “happy pace.” 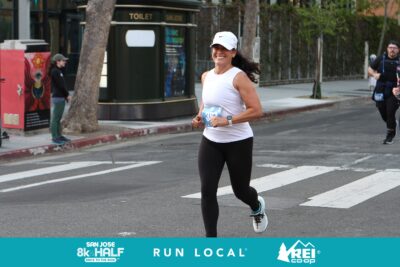 The race course had us running in circles through downtown, passing one another in the areas where the course backtracked along the same streets. These sort of race courses are not my favorites; they’re akin to cruel mind game in my opinion. Nonetheless, I was able to high-five Ryan as he passed me going the opposite direction.

Ryan looked good, which had me feeling good in a proud mom sort of way. At this point in the race, I felt alone in a crowd. The other racers talked amongst themselves or not at all. I made an effort to greet and thank the police, volunteers, and spectators — which was positive for everyone involved. 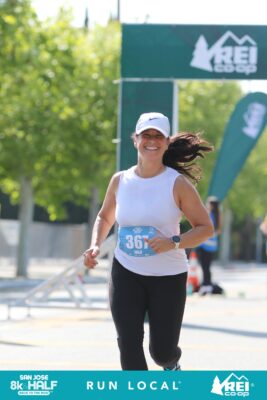 Once we hit mile 6, the looping and zigzagging portion of the race was done and we were now headed in the right direction. I tried to pick up my pace a bit to see if I could make up some time. At least, in my head, I was going faster. In reality, I was pretty consistent in my 12ish minute per mile pace (minus the 5 minutes in the port-o-potty at mile 10). And as the race wore on, my fellow racers seemed a lot more open to a little friendly chatter.

In the final mile or two, my spirits were high but the muscle fatigue was really wearing me down — most especially my hip flexors. I slowed to a walk every now and again, reaching my interlaced hands up towards the skies in an attempt to lengthen the front of my body as well as my spine.

Once that finish line was in view, I dug deep to access everything I had left in me to sprint towards the finish. As I got closer, I looked ahead to see the photographer peering down to view the last of the images he’d taken. I raised my hands, smiled wide, and yelled, “Take my picture.” Everyone around laughed out loud including the announcer as he broadcasted, “Welcome to the finish, Julie Fergus.” 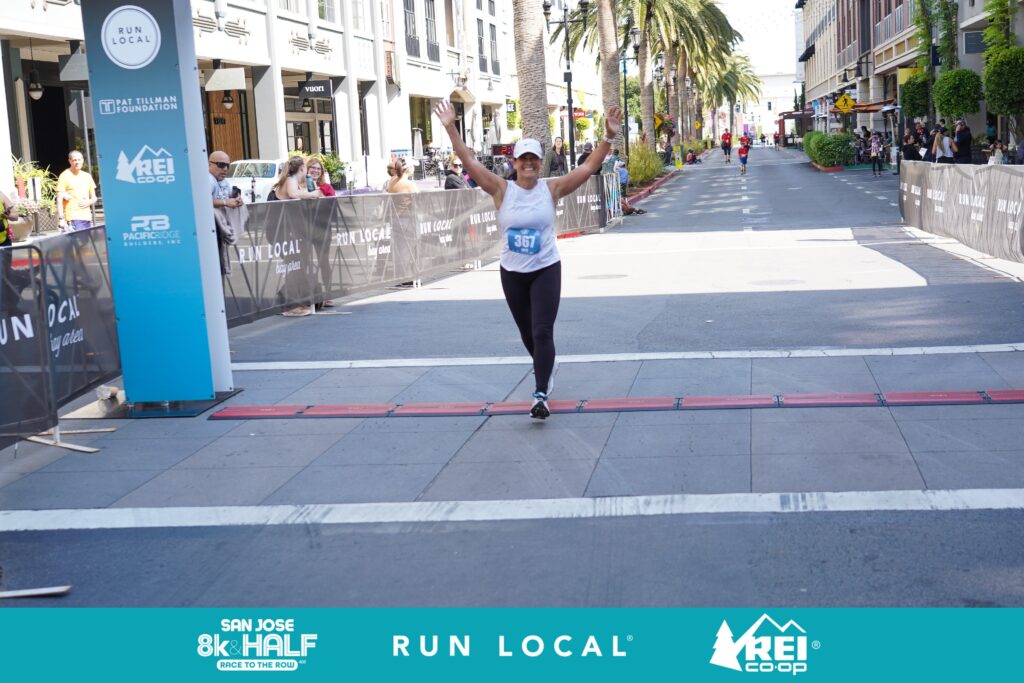 I did it. At least on this day, I found my happy pace. Stay tuned for what’s up next.