Ronin came into our lives just days before Christmas 2007 (the 1st since Tom’s death). Our lives were in disarray and filled with a void that just couldn’t be filled or ignored. BoBo was acting out and YaYa was having nightmares about him or someone else dying (among other things).

I found myself at the pound with my boys who had begged me to rescue this yellow lab named Chaz that they’d seen on the web. Reluctantly, I agreed; I was willing to try anything that would potentially give them a distracting from the pain and, in BoBo’s case, the world of bad choices. We waited 3 hours just to see him. As it turned out, Chaz was nicknamed “Chaz the Spaze” by the pound folk. He was NOT recommended for families with young children or homes where there wasn’t someone home for the majority of the day.

My decision to see him before turning him down wasn’t my best one; I ended up with a black eye (face vs. paw). All was not lost however. Our 3 hour wait permitted us to check out three dogs. We had already combed the place however we decided to take one last walk through just in case. This was when YaYa noticed a dog that wasn’t in the cages during the 3 hours prior. He had just been released from another area and his paperwork wasn’t even out yet. He was beautiful with a gorgeous black wave to his coat and the most inviting brown eyes that you ever saw. We were immediately won over upon meeting him and went inside to finish off the paperwork.

Our new-dog-to-be was a 10 month old Flat-Coat Retriever named Ronin who, in his short 10 months of life, had three previous owners. It seems that he was given up to the shelter when his original family discovered that they could not handle having a puppy. He was immediately rescued by another family. He later turned up on the streets and, when the folks that rescued him were contacted, they reported giving Ronin to yet another family. And when the next party was contacted, they told the pound that they no longer wanted him. Pretty sad, eh? 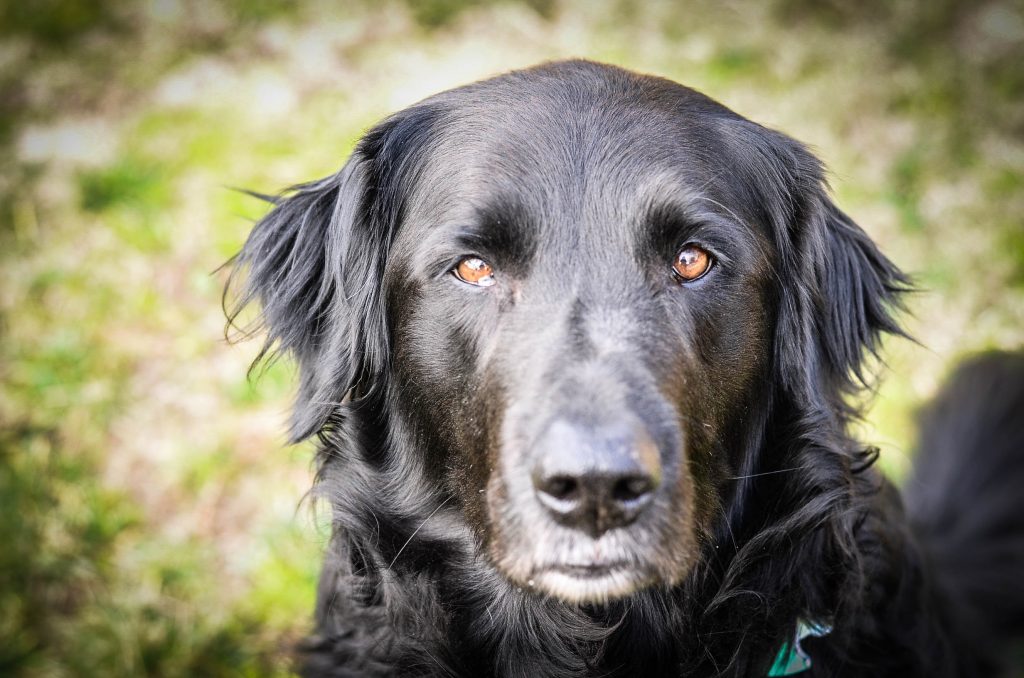 I remember looking up information on his breed as well as the meaning of his name when we first brought him home from the pound. A ronin (“drifter” or “wanderer”) was a master less samurai. It’s no wonder he had so many owners at such a young age, I thought. You just shouldn’t name a dog that if you don’t want to tempt fate.

The word ronin literally means ‘wave man’. It is an idiomatic expression for ‘vagrant’ or ‘wandering man’, someone who is without a home.” – Wikipedia

However, we soon got a hint at why he made his last escape. Ronin steered clear of garden hoses and was initially uneasy around most men. It was logical to guess that he’d been beaten.

The initial adjustment period was not easy. Although he was potty trained, he somehow managed to track in his excrement into the house on his hind feathered-fur or paws. He ripped stuffed animals and various items of clothing (including my favorite dress) into smithereens. Being a rather large (80+ pound) puppy, he demanded time of me that I didn’t have. On top of it, he did not hold BoBo’s attention enough to keep him out of trouble. In spite of all that I had on my plate, I found time to take him to obedience training and before long had the amazing family dog that he has been for the last 11+ years. 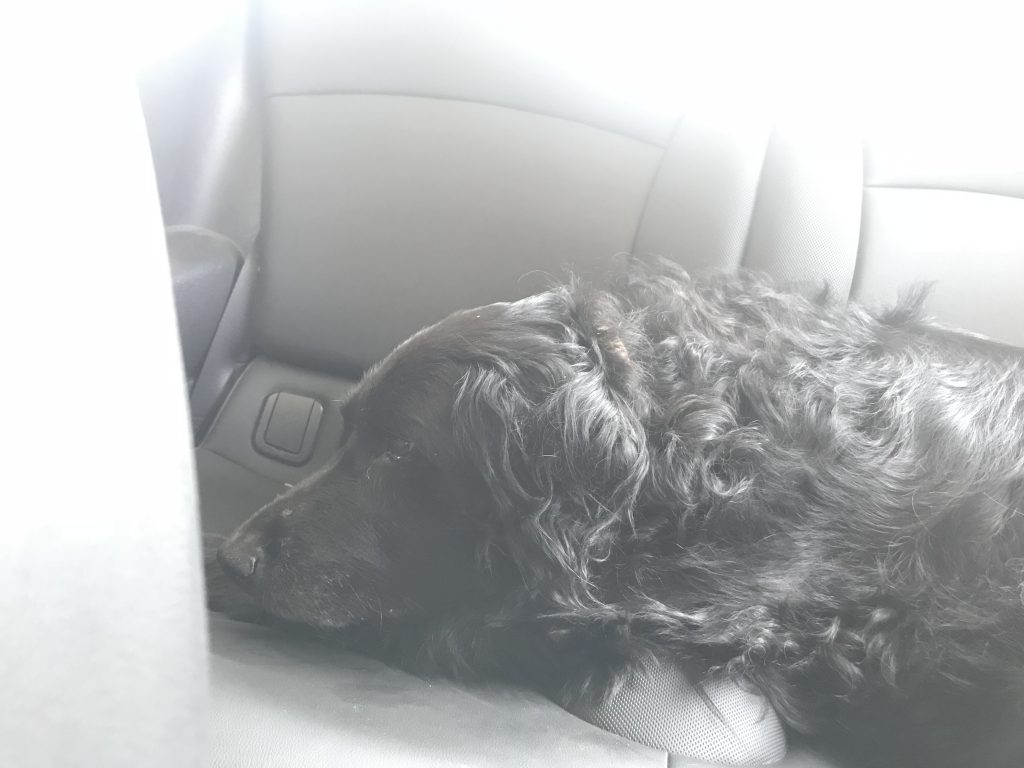 Did I mention that the American Kennel Club (AKC) website reports the life expectancy of the Flat-Coat Retriever as 8-10 years? Indeed we were blessed to have him for the better part of 12 years.

Without going into the painful details, last week I took our dear Ro to the vet and, after a numerous tests, we had to say good-bye.

Since his death, our household has been adjusting to not having him around. In the morning, I open my son’s door to only one dog barreling down the stairs to eat breakfast. One of two bowls is filled while Simba sits obediently awaiting me to signal “okay” allowing him to eat. Maybe it’s denial but I just haven’t brought myself to move Ronin’s bowl yet.

We’ve been giving Simba extra attention, doing things that are now much easier with only one dog such as allowing him to accompany on short errands in my MINI. At night, the evening walks feel strange but are nice nonetheless; it’s much easier to walk one large dog than it was to walk the two together.

I hate to admit it but I wasn’t so good at walking them regularly.  This might have been because I had gotten used to skipping it in the days when chronic back pain was more severe. I couldn’t handle when they would lurch and pull upon seeing other dogs. However, my back has been much better these days. I will say that the discrepancy in each dog’s energy level and sight made it more and more challenging as Ronin got older.

It wasn’t that they didn’t get any exercise. In the past few years the bulk of their exercise consisted of being able to roam around off-lead in the front yard. During this time, Simba would have a rigorous game of fetch while Ronin would roam aimlessly around and roll around happily on his back in the grass. This usually happened twice a day.

In spite of life being simpler, I miss my gentle giant. I miss watching carefully as he ran in from the backyard to insure that he didn’t miss judge the space needed to clear the furniture on our deck and guiding his head as made his way through the sliding glass door into the house. I miss him licking my neck and face after I finished exercising — OR just because. I miss staring into his cataract covered eyes to find the inviting and lovely brown color that still remained. I even miss how he sometimes snored after an especially good roll in the grass. I think Simba, who is by my side now more than ever, misses his buddy too.