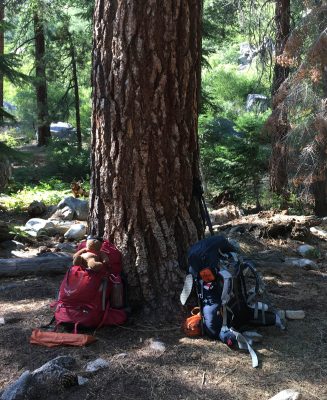 On our recent trip into the backcountry, I was forced to confront my demons of inadequacy. Although I am not the best at MANY things, I have often found that my ability to push myself and muster all of the strength that I have into making up for my shortcomings has often gotten my by. But on this such trip, I was lacking the push through the discomfort and unable to harness my strength. My hip flexors where screaming and the 35+ pounds of weight in my pack wasn’t helping. To make matters worse, my red blood cell count was low on account of prolonged menstrual bleeding (20+ days of it) and the hormone my doctor put me on the slow the bleeding was having a diuretic effect which only served to make staying hydrated even harder as I was taking diamox for altitude sickness. 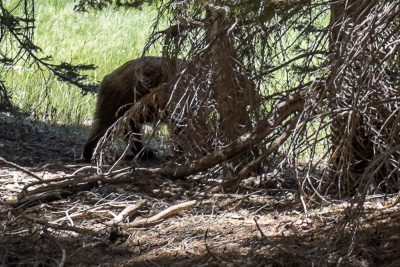 When theMAN informed me that we would be cutting our first trek short and staying at a site closer to our starting point, I felt like I’d let him down. The tough gal he’d once dated was now wimping out. I was angry — at myself — but it took a bit to recognize just who I was mad at initially. Trying desperately to harness the anger for a final push, I started to let it get the best of me. This only served to slow me up for my emotions were weighing me down to the point of self-destruction.  Fortunately, we arrived at a lovely camp site and were afforded the luxury of more time to just relax and take it all in. With slightly less than 7 miles covered and an elevation gain of 9,062 feet, it was well-deserved.

On Day 2, we traveled nearly as far but only had about 5,000 feet of elevation gain. My body felt a little better but I still couldn’t keep up the pace. Although the next day would take us up to over 11,000 feet elevation, I decided to stop the diamox and see what would happen. 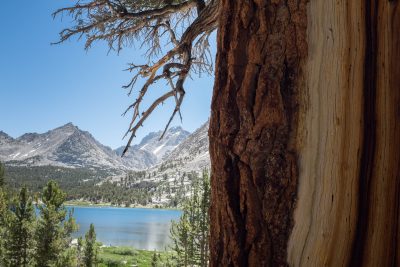 Fortunately, I did okay. Day 3 was a turning point of sorts. My hip flexors were less grumpy and my energy level was better. Of course, it also helped that theMAN took back some of the shared items such as the poles to the tent and the water filter. We also made a point to rise early and get on the trail before the heat of day kicked in.

We were picking our campsite with hours of afternoon left to just relax and enjoy the view of Kearsarg Lake with the Pinnacles in the background. After lunch and setting up camp, we went down to the lake where theMAN relaxed on a rock in the sun and I found a nice place to take my yoga practice.

The following two days, we made our way back towards the start. Feeling much better, I was able to steal back a little bit of the weight. Although theMAN would gladly have carried it all, I know that his body doesn’t take the descents as well as the climbs.

We had a fabulous trip and even got to see our first bear (not once but twice) out in the back country! 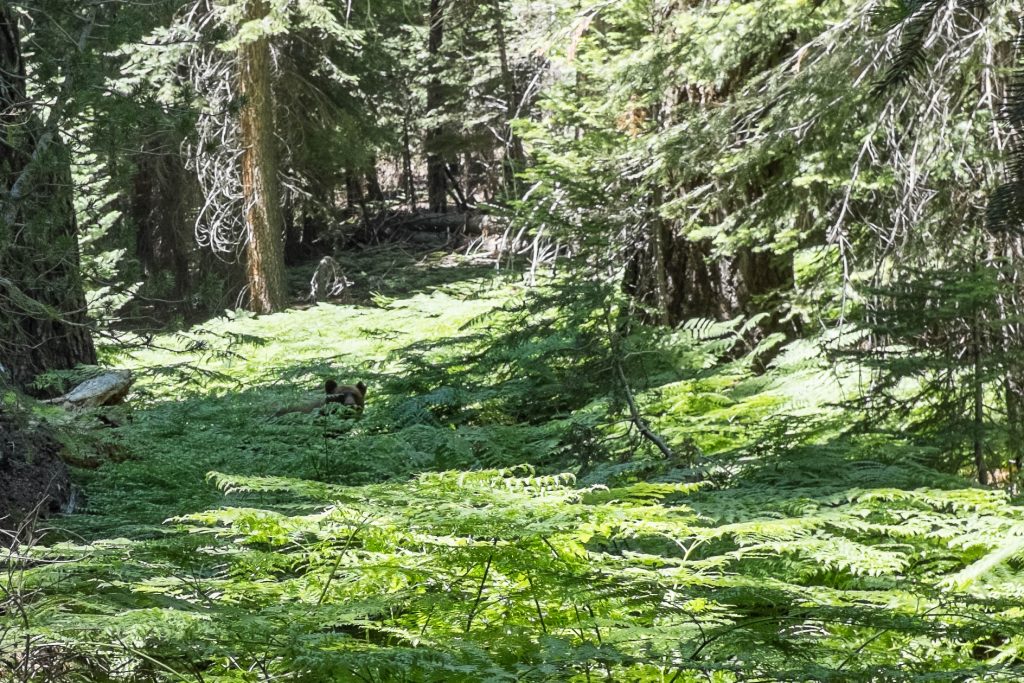