We are off on another backcountry getaway and I’m reflecting back on my first such adventure with theMAN. It seems like forever ago – yet it was only six years back. Still, there are memories that will forever be engraved in my mind. Putting on the fully loaded backpack for the first time and questioning my ability to make the trek was one of them.

Another such memory was on our first night out. We’d eaten our rehydrated meal which consisted of some version of chili. The night was getting cold and we had a big day ahead with plans to reach the top of half dome ahead of the crowd so as to minimize the stress of being on the cables and freaking out. I was excited, and nervous… AND I had a gas.

I took one last trip to the outhouse – a rare commodity in the backcountry – and hoped and prayed that I could release everything that was causing my stomach ache. No such luck.

Before long, we zipped up the tent and crawled into our sleeping bags. All was well…until it wasn’t. 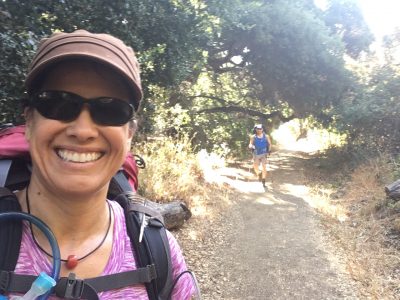 And when it wasn’t well…

Well, it was bad.

In the smelliest way.

We laughed ourselves unconscious – or maybe that was the smell. All I could think of afterwards was that this experience was a litmus test of sorts to really see how much this guy liked me. I mean, after such an occurrence there was no way I was going to convince him that my farts don’t stink. Because they do!

As we prepare for the next trip, I wonder if I threw any sort of chili into the mix of dehydrated food. If I did, I should probably add a clothespin to the packing list.