In my year in review post, I mentioned some plans I’ve got cooking to cross off another item I’ve had on my Bucket List.  My list has grown in a cross-off-one-item add two sort of way, but this particular item has been on since the very beginning.

Originally, I envisioned just visiting this place with my boys. After my backpacking trip to hike Half Dome, however, merely visiting this majestic place seemed inadequate. BoBo stopped by there to gawk at it’s grandeur on his drive across the states. He snapped a photo, sent it to me, and drove onward. I hardly seemed adequate but he was on a tight deadline with orders to check in for his new assignment in only a couple of days. I decided that I wanted to do it differently; I want to trek into the backcountry and really experience the canyon from inside and out. 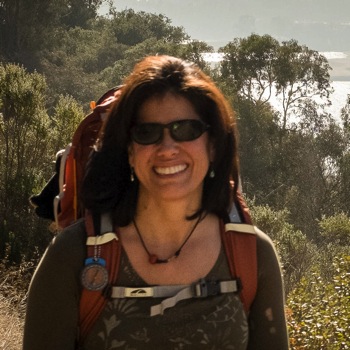 I began making longterm plans which included sending YaYa to backpacking camps each summer for the past few years. I feel like the time is now for him. High school will soon be demanding everything of him and hanging out with his mom will be of less importance. As for me, I learned as much as I could from theMAN on our backpacking adventures. I also started collecting my own gear so that I wouldn’t have to buy it all at once when the time came to go. I’ve learned a lot, but I still don’t feel like I can go it alone…

So I’ve signed up for a group trip where the itinerary, meals, and even much of the gear is provided — along with a fearless leader. Now, all we need to do is get there (airfare and hotel for before & after), oh yeah, and TRAIN FOR IT.