It’s July, and there is snow in Mount Lassen National Park! Yes, there is lots of beautiful, white snow! 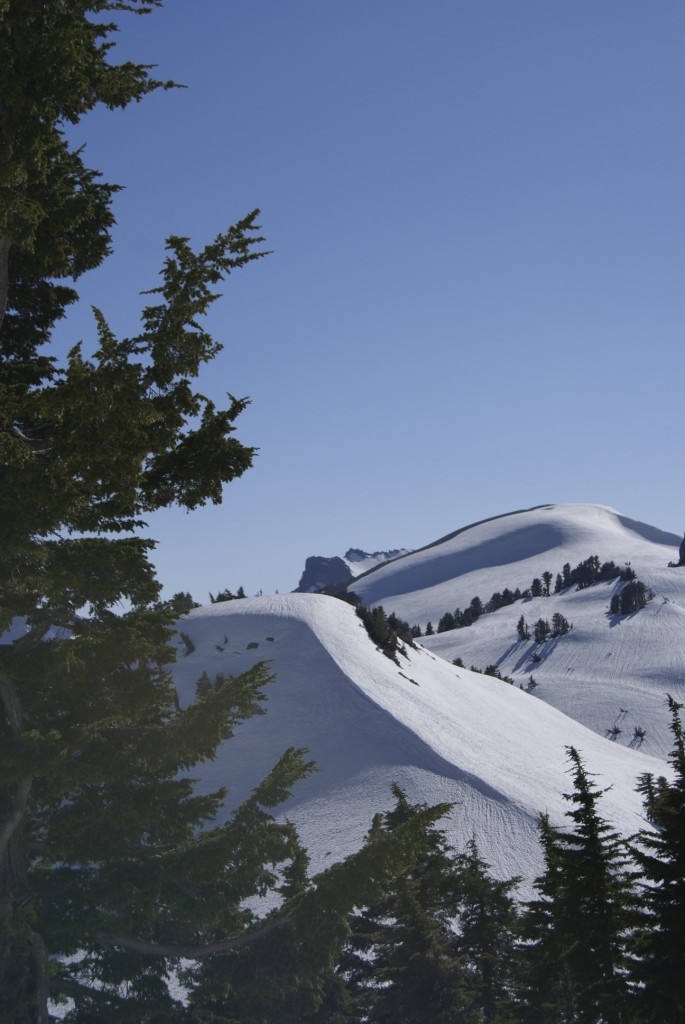 The man and I parked at Bumpass Hell and set out on foot. The road to the trail head was clear with high walls of snow piled on either side of us. It was pretty impressive to think back to last August when we were last here. The trail to Lassen Peak, opened for 4th of July weekend (but has been and will be closed for renovation throughout most of the summer) was barely visible. Had it not been for footsteps and little flag markers, you wouldn’t know the way. Well, other than up, up, up and UP. That was evident. 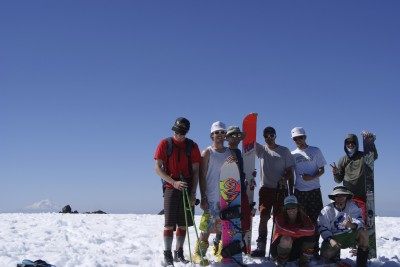 For the most part, I went up on foot and down on my butt. It wasn’t on purpose; gravity sure had a way of taking hold of me in the snow.

Seriously, the ascent was challenging (perhaps due to a fun trail run the day before) but not impossibly so. And, at the point when I felt fatigue talking back, one look at this gang of skiers trekking up the mountain with their ski equipment made my energy reserves seem endless. I mean, if they can do it all loaded up like that, so can I.

Still, I’d prefer going down on my butt rather than on snowboards and snow skies.