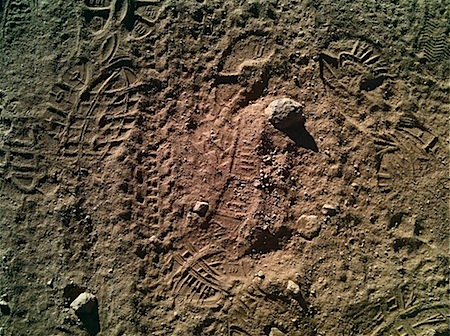 Civilization felt a million miles away but I could see signs that other humans had also touched the very spot I’d reached. I was a short 5 miles on the dirt trail, enjoying beautiful hillside views, and feeling like I was the only one in the world — except for the occasional response to my check in texts.

I never go out this long so late in the day. In doing so, I felt vulnerable to [?] — I’m not exactly sure. Perhaps animals. Mostly, I felt that if I were to fall (as I’ve been known to do on occasion) that it might be many hours before anyone were to find me.

By the time I reached this spot, the pull to turn back towards trails-more-traveled was strong. I figured I could return to the starting point and, if time allowed, add on my usual 5 mile loop. But the sun was already starting it’s decent at that point and I was low on fluids, without GU, and feeling it. So I drove home to refuel. I downed some orange juice and a handful of trail mix, changed out of my sweaty jog bra, and took to the streets near home.

Although I felt even more vulnerable while running past a few kids who taunted a car into a bit of reckless driving, the rest of the pavement run was uneventful. And I can now check off my 16 mile training run. Next up: 18 miles.