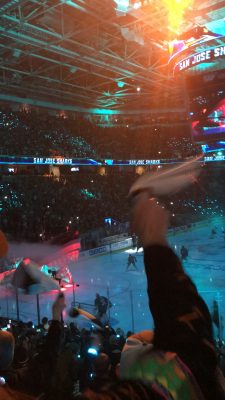 There we were, BoBo and I, together at the playoff game — instead of on the couch. The energy of the crowd was fabulously contagious as the players took to the ice. While our wrist bands lit up in unison, creating a marvelous dance to the music overhead. In my hand, was a small piece of wood made into an ornamental luck charm. I clutched it between my hands as they pressed together in front of my mouth. Right words: Don’t declare the win until it happens. Until it does, knock on the wood any time someone else prematurely declares the win.

As the clocked ticked away, the other team kept scoring goals. Meanwhile, each attempt that our team made fell short of success. I wondered if the luck had run out of that little piece of wood that I have relied upon for so long now. 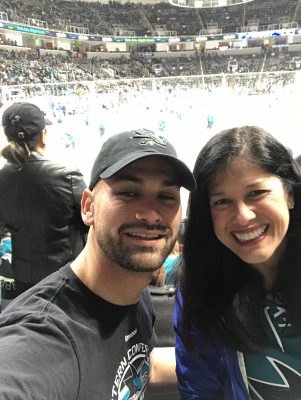 As BoBo began bumming hard about the loss, coupled with how much money we had spent in order to be at that game. It was true; we’d have probably been better off saving our money and watching from home. Nonetheless, I still though that it was pretty awesome to be there watching our team play such an important game that most of the hockey teams never made it to.

And still, we agreed that he and I should not attend another important game together for our track record was not looking good.